Our mission is to develop robots that help people by engaging them in intelligent, intuitive, and purposeful social interactions. Our work draws from the fields of human-computer interaction (HCI), robotics, and artificial intelligence (AI) and seeks to make a real-world impact in healthcare, education, and the corporate world.

Successful teams consist of members who discuss ideas in a constructive manner, who feel free to openly discuss their mistakes and errors, and who are sensitive to and aware of the emotions expressed by their team members. As members of human-robot teams, robots have the ability to shape human-to-human interactions in ways that can benefit team dynamics and performance. Through several human-subject experiments, our work has investigated the ability of robots to shape several key team dynamics that have been established by the literature to critically influence team performance: trust (HRI’18, PNAS’20), cohesion (RO-MAN’16), and inclusion (HRI’20).

Strohkorb Sebo, S., Traeger, M., Jung, M., & Scassellati, B. (2018). The Ripple Effects of Vulnerability: The Effects of a Robot's Vulnerable Behavior on Trust in Human-Robot Teams. In Proceedings of the 2018 ACM/IEEE International Conference on Human-Robot Interaction (HRI 2018).

Understanding Group Dynamics in the Context of HRI 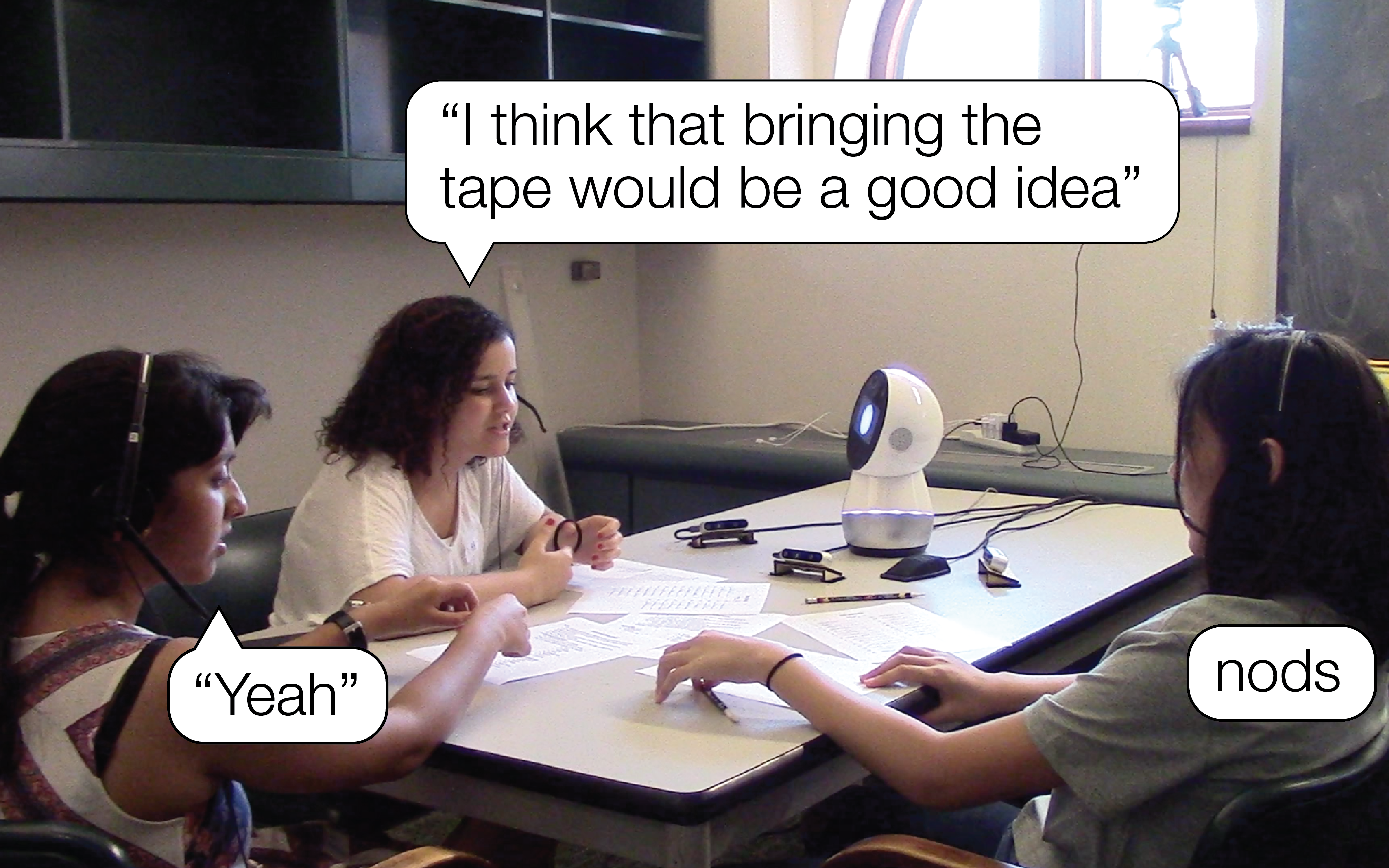 In order for a robot to act optimally in a group context, it is important for the robot to be able to sense and model current group dynamics. For example, if a robot senses that a group member feels excluded, the robot could affirm that member’s comments when they bring up an idea. Our work has explored methods of modeling social dominance in groups of young children (ICMI‘15), and psychological safety and inclusion in collaborative adult teams (Frontiers in Psychology ‘20). We have also published a review of literature examining robot interactions with human groups and teams (CSCW’20).

Strohkorb, S., Leite, I., Warren, N., & Scassellati, B. (2015, November). Classification of Children's Social Dominance in Group Interactions with Robots. In Proceedings of the 2015 ACM on International Conference on Multimodal Interaction (ICMI 2015) . 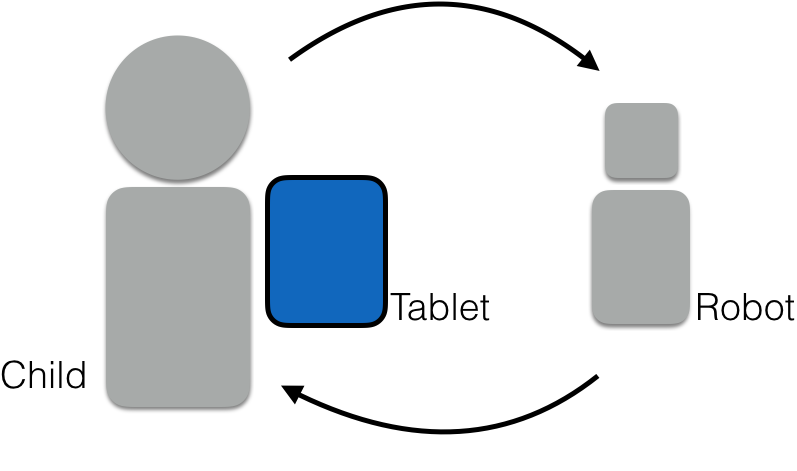 Each student learns differently and requires individualized support to achieve academic success. Robot tutors have emerged as a promising technology that can provide quick feedback and tailored assistance to students, helping them to remain motivated and encouraged in learning tasks. Our work has explored the development of computational frameworks to provide personalized help to students in one-on-one tutoring settings (AAAI’19) as well as helpful prompts to encourage collaboration between students in settings with multiple children (RO-MAN’16).

Strohkorb Sebo, S., Krishnamurthi, P., & Scassellati, B. (2019). “I Don't Believe You”: Investigating the Effects of Robot Trust Violation and Repair. In Proceedings of the 2019 ACM/IEEE International Conference on Human-Robot Interaction (HRI 2019).